An international survey of manhole covers
http://manholemiscellany.blogspot.com/2007/04/introduction.html
This site is an appeal for the preservation of older manhole covers and for more imagination in the design of new covers as a means of improving the streetscapes of our towns and celebrating the provision of clean water and the safe removal of foul water. 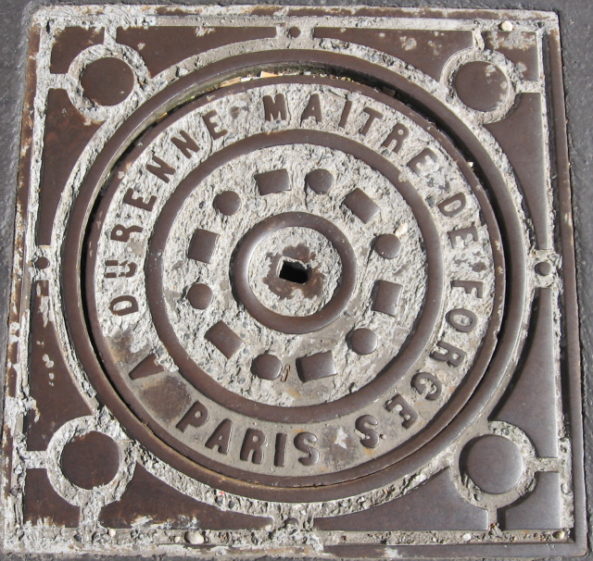 In the small town of Comacchio, a little south of Venice, the International Manhole Museum put on a display in 2006. It gathered together examples of manhole covers from across Europe, revealing the civic pride in street furniture which exists in many towns and cities, and providing visual evidence of the work of many local industries.

Since learning of an exhibition of rubbings of coalhole covers in London in the 1960s we had retained an interest in such items of street ironmongery and were now inspired to seek out unusual examples of manhole covers during our travels. We have discovered that many of the early products of local foundries are increasingly being replaced by standard covers manufactured by foundries which are not necessarily even in the same country. It seems that in many parts of Europe our survey is recording aspects of the street scene that are fast disappearing.